May 13, 2012 In Parenthood, Womanhood By Anna Spargo-Ryan

Yesterday, my mum said to my brother and me, “I can’t believe I had these lovely children!” and I remarked that maybe she would be used to the idea after thirty years. “I don’t think you ever really get used to it,” she said. 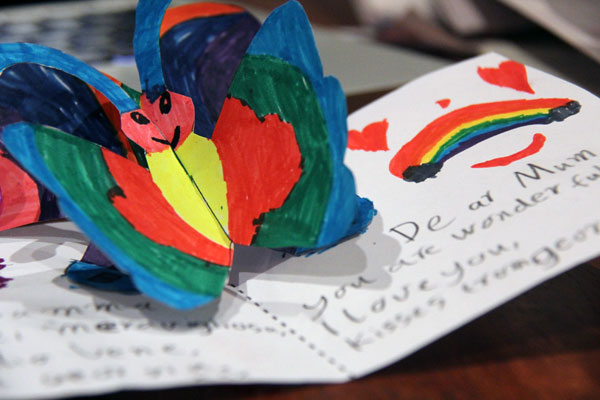 This is my ninth Mother’s Day. Nine years ago I was pregnant to bursting with Georgia. I was twenty and I was terrified. I didn’t really feel like I was preparing to be a mother. Somehow it seemed more like the baby would come out and then I’d be the cool much older sister, and my own mum would do most of the work.

I found being a new mother isolating and overwhelming in every way. Going to the supermarket became a special kind of nightmare: many hundreds of women saying actual words like “Aren’t you a bit young to have a baby?” and “Why aren’t you married?” while buying yoghurt, all the while with a screaming child that I didn’t know how to fix. I made it harder for myself. I always managed to pinch my skin in the cot mechanism, to jam my fingers when folding up the pram and to miss the bus by seconds every time.

When I was a little older (twenty-two!), Lily was born. I bonded with her in an instant, she was so endearingly alien-like that maybe I felt a bit sorry for her. But still I failed to feel like a mother. I would wake up in the night and put her to my breast and think “It’s so nice that someone loaned me this sweet little baby.” 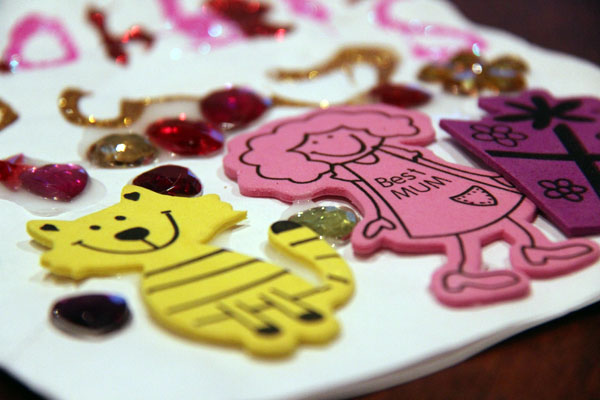 The point at which I began to feel like a mother surprised me. I was pregnant in 2008, and after tears and heartbreak I miscarried. One night after that I was sitting alone in my bed and realised that I was the only person that baby had ever “known”. Although I was only 12 weeks along when the pregnancy ended, I imagined that the baby had become accustomed to the way my blood rushed and the vibrations of the music I listened to and the sloshing as I dashed off to work each day. In the brief flash of an instant that this baby had been in the world, the only person it knew was me. Because I was its mother.

Since then, I have felt more or less like a mother. I have been a better mother because I became so acutely aware of my role in championing my children and giving them someone to rely on. Missing out on Sports Carnivals and concerts and Mother’s Day afternoon teas is no longer an option for me. I’m not the best mother there has ever been, by any stretch, but I pour love into those girls like the world will end if I don’t.

So, motherhood. I still don’t really understand what it’s about, and I probably don’t approach it in the same way as most. But I no longer want to give my daughters back, and that’s a pretty good indication of how far I’ve come.