When talking about blogging and the monetisation of blogs, people have oft used “but journalists do it too” as an argument in its favour. For example, dude gets free tickets to a movie premiere and then reviews said movie for his newspaper.

Or, woman has a job at a large media conglomerate, as long as she speaks favourably about the mining tax. How does it relate to blogging?

Mainstream journalism in this country is, in a lot of ways, driven by advertising revenue and agendas that sometimes fit very loosely within the various publications’ codes of ethics. There is no requirement that journalists be “objective” – just that they are “fair”. Very different. 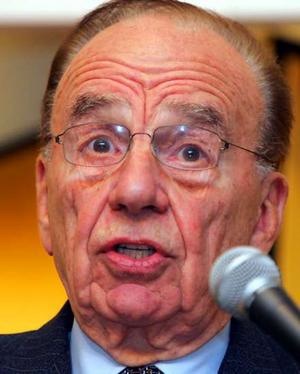 There are a number of bloggers across all genres who are former journalists, and they talk about the soul destroying nature of working in mainstream media. But others refer to mainstream media as a benchmark for what is okay and not okay in monetising blogging.

No blogger should be using Australian mainstream media as a model for their own publication. Does anyone really look to Rupert Murdoch and think “well look, his organisation does the kinds of things I’m doing, therefore I am ethically comfortable with it?” Mainstream media outlets (as corporations, not necessarily the individuals who work for them) would step over their dead mother’s body to make a buck.

And it’s not working!

These outlets are closing entire departments and sacking the equivalent of the population of Kyneton because this model doesn’t work anymore. Consumers are savvy people; they have the length and breadth of the internet to help them with their decision making. They are less and less likely to believe what they’re told. They are less patient with being “sold to”, and more aware of it when it’s happening.

What bloggers have an opportunity to now do is to change the way media generates revenue by actually adding value to readers and consumers. Rather than just copying the (failing) business model of traditional media outlets, bloggers can break new ground in the kind of content that they produce for their advertisers, the way it is integrated to provide value to the people they’re targeting and the motivation behind it.

New media is a place for innovation, but so many of its early adopters are falling into the same pattern as traditional media. And we’ve already seen how well that worked.

So, let’s talk about what we can do differently, instead of defending our decisions to make it exactly the same.