What I know about … writing – Anna Spargo-Ryan

What I know about … writing 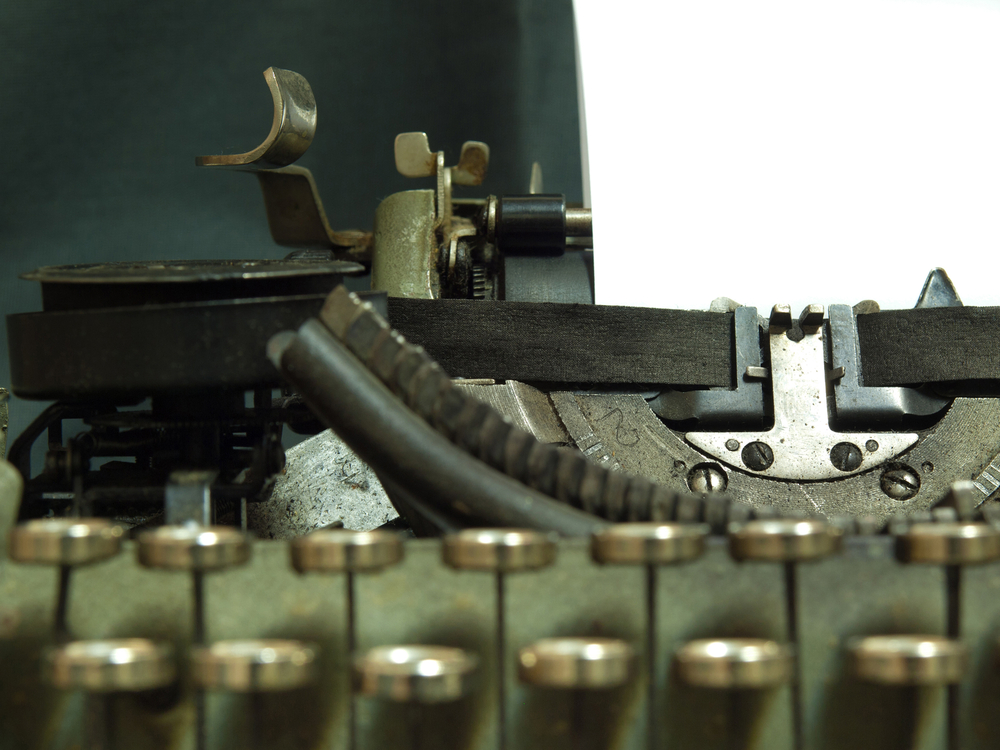 What I know about … writing

What I know about writing is the music. For a little while I even thought I wanted to be a musician. My piano teacher bailed on me when I was 6 years old because I didn’t practice, even when he offered to give me actual money from his own pocket. I was easily frustrated by being no good at pressing the keys in the right order and moved on to singing, because at least I could do it while I was lying down. After that I sang opera for 15 years and it turned out that I was pretty good at it, except for the times when I was expected to be in places.

I know what you’re thinking: “Anna, this is a post about writing, not music! Haha you’re so stupid!” but the fact is that I love the music in writing more than I ever loved the music in singing. While I’m writing, I hear actual music, like a reverse synesthesia or maybe just insanity. I’m less interested in the actual words I choose than I am in their rhythmic qualities. The perfect writing, for me, is the kind of lyrical narrative that reads like a song. The rise and fall of the syllables as they crash into one another. The placement of punctuation that can give it a staccato quality, or the run-on sentence that has flashes of allegretto.

I rarely begin writing with an idea – or even more hilariously, a plot. Everything I put on paper starts with a mood or a rhythm. I see the waves of the story rolling before I know which words should ride them. Sometimes I feel like I’m just plugging sounds into their sockets. The letters are secondary. When I make edits to something I’ve written, it’s almost always because the music isn’t right.

What I know about writing is the frustration. In reading bad writing forums, my attention has been drawn to the “inner editor”. I have one. He is an asshole. Treating writing like music doesn’t work for him. He puts red lines through almost every sentence. Paragraphs are trashed. Pages are burned. It’s unusual for me to get through even a simple clause without shrieks of “This is horrible! Who would ever read it!” I tend not to edit at the end, because I’ve already spent five years of my life going over every word as I write it – is this the right one? how about this one? what if we did it like this? what if I moved this sentence here? Sometimes I’m paralysed by this editor fellow.

Sometimes I quite like the deliberation. If I’m not working to deadline, I like to lament and torture myself until I squeeze out the very best writing I can muster. At other times, all I end up with is a headache and crippling writers’ block that will not be moved. I’m a very harsh critic. That often means a lot of stuff in the bin and one or two sentences on a Post-It but no actual writing.

What I know about writing is the compulsion. When I start to yell at my kids and kick my dog and go knife shopping, it’s usually because I haven’t been writing regularly. When I look around at my little world, I hear the writing clanging around in my head. A lot of my daily life takes on a narrative internal dialogue: “She’d been languishing at the Burke Road train crossing for what could have been six lifetimes, though in reality it was only eight minutes.” I look for the writing in things, for the story and the climax and the way it might sway in a breeze.

I have writing tools with me at all times. My computer, of course, and my laptop, and my iPad. Every device I own has Evernote installed, in case I have ideas at my desk but don’t act on them until I’m at the library. My handbag carries two notebooks for distinct purposes and no less than twelve pens. I know. I don’t need that many pens. But what if an idea comes out that only makes sense in purple pen? What then, huh? What then? I need to have the tools on hand to write words down at any given moment, because if I don’t, I will forget them almost immediately. Truly, within seconds.

Because I’m a lyrical writer and not a visual writer, I also record a lot of spoken words. Then I just start singing Mariah Carey into my dictaphone and we all know how that ends.

What I know about writing is the sense of achievement. In my world, there is little that compares to the feeling of having written the right words for something. If I laugh out loud while I’m reading something I’ve written, that is basically a Pulitzer for me. I mean, an actual Pulitzer would be better, but feeling confident in my own writing comes close. I mostly don’t write for an audience. This is not to say that you are not all very beautiful. You are. But for the most part, I write for the challenge of making the words do what I hope they will. When I get to the end and feel like I’ve said what I was intending to say, that’s when I feel like I’ve achieved something.

I know how that sounds. You are all going, “Wow, Anna is a wanker.” But writing is one of the few things in my life that I feel I can do right (sometimes). I feel like I’m quite bad at it about 20% of the time, and average at it 70% of the time. But 10% of the time I write and it feels good and I am confident in my ability, which is more than I can say for the times I am a parent and the times I give presentations at work and the times I blow dry my fringe. So what I know about writing is that I feel a sense of achievement on occasion and it’s lovely, like cuddling.

What I know about writing is the way it’s always a work in progress. If you come back and ask me again a year from now, God willing I will tell you something completely different, and that’s half the fun.

This post is for Sarah’s blog link up, ‘What I know about …’. You can join in, if you like.