There is some actual lunacy afoot.

When I started writing my current WIP, I had a reasonably clear idea of how the story would unfold. I had outlined part of it, written notes for every main character and created a flowchart of how and when they interacted with each other. I wrote Clementine and Mark as I had planned, with her dark rooms and his bookshelves and they came together in just the way I had imagined they might, well-behaved and precise. 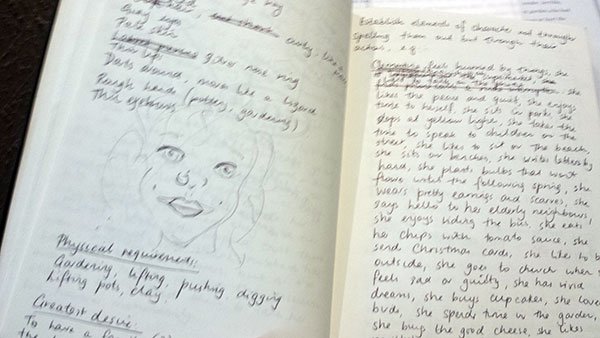 Then I wrote a scene with a new character. An unplanned character, one without notes.

I hadn’t noticed the man to begin with, collapsing into the squalor, camouflaged by the common shade of long-term filth. His skin and hair tonally identical, just a smearing of ash and dirt. A closer look: a tourniquet, a blackened forearm. And his mouth half-open revealing brown teeth—four in total—partially obscured by a thick, lolling tongue. Acid burned my throat.

The smell hit me like a mallet. The acrid, rising smell of pure decay. Death, maybe, but more than that it was the smell of squalor, of a hundred men and women who had let themselves rot half-dead with a bag over their heads. The community housing corridor flashed before me.

‘Hello?’ I had barely managed a whisper. Nothing in the house moved, and yet it seemed to pulsate constantly, yellowed walls and stained carpet rocking as if with a heartbeat. The afternoon sun beat a futile fight through the blackened windows, the room flicked in and out of shadow. ‘Hello?’ A little louder. With a shocked intake of air my friend in the corner came back to life and stared at me with the hollows of his eye sockets. Vomit hung low at the back of my mouth.

He climbed into the story without invitation, fully-formed. I only had to write two lines before I knew exactly who he was, who he loved, what he wanted and where he was going. And yet, he had no place in my precise flowchart. I had no way of knowing where he might fit, so my only option was to write him–to ask him questions like “What are you doing here?” and see what he had to say for himself.

The more I wrote of him, the more I liked him. Where the story had had no gaps, one appeared and demanded that he fill it. Then his friends stopped by.

The woman on the staircase just looked at us with her mouth hanging open. Loose skin fell around her neck in a dark collar.

So I wrote them, too. I adored them. They leapt off the page and sat next to me while I wrote, telling me where I’d gone wrong: “I would never say that!” or “Do you really think I would wear yellow?” Every time I tried to go back to my original story, they poked their heads through the doors and demanded they be included.

After a couple of months, my original characters were nowhere to be found. And it was at that point that I realised–with the help of my exceptional mentor–that they actually didn’t live in my story at all. Somehow, they had climbed out of another story and forced their way into this one. Probably a bit like this: 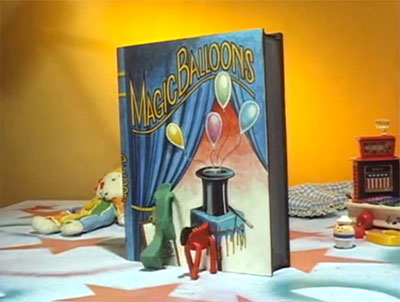 Although I created the characters, and the story they’re currently invading, they have things going on outside that world. In knowing them, and knowing people in the real world who are like them, it becomes possible to imagine their real story. Not the one where they are secondary to the characters in this story, but the story that they’ve come from to get to the page I’m on right now.

So I’m taking them back to where they belong, in their own story, which is just the craziest thing. How can they have been written specifically for this one and yet not belong there at all? Brains.