NaNoWriMo – Why I won this year, but not last year, but did win the year before that – Anna Spargo-Ryan

NaNoWriMo – Why I won this year, but not last year, but did win the year before that 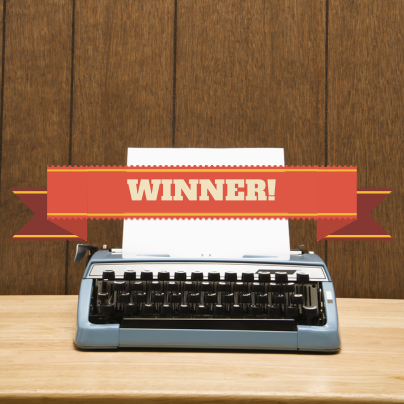 NaNoWriMo – Why I won this year, but not last year, but did win the year before that 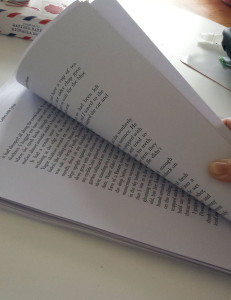 Why I won this year

I would go so far as to say this is probably the main reason I won this year. Not because that means I’m not busy, because Lord knows being a freelancer is total chaos and nightmares, but because it meant I could essentially write whenever the mood struck. It also meant I could set aside dedicated time each day for writing.

I made myself a Nano appointment from 10am to 1pm every day, and wrote and wrote and wrote. I wrote outside of that time as well, but that morning block was when I did my best work. Had I been working for someone else, that wouldn’t have been possible.

2. I killed my inner editor dead

I’ve spoken before about how I want to get things right first time, every time, but this year I have been fairly successful in ignoring the word choice fairy (“Seriously? That’s the one you’re going with? Well, it’s your life, I guess.”). I have frequently bitched out on a decent story because I couldn’t find the right words. This time I’ve chosen to believe that I can improve the words later, and that has made all the difference.

3. This is my second go at this story

Yes, I’m a NaNo rebel. Last year I started writing a story about a woman called Meg who had miscarried, moved into a new house and then become haunted by her garden. But it deviated wildly and became a rollicking alcoholic poverty love story, which didn’t make a lot of sense. I wrote about 60,000 words of that story this year, but it needed a total overhaul.

My NaNo has become a completely different story, but I have definitely benefited from knowing what doesn’t work.

4. I have forsaken all other activity

I haven’t watched TV, read books, seen friends, shopped or slept. I’ve spent somewhere in the region of 6 hours a day writing. My children can’t remember what I look like. Last night I washed my hair for the first time in 10 days.

I almost forgot! Gaz has bribed me with a puppy. If I get a book deal (sometime, not necessarily with this story), we’ll get a puppy. I am extremely susceptible to both bribery and puppies.

Why I didn’t win last year, but did win the year before

In 2011 I won NaNo with a startling woeful story about a woman who finds herself having an affair with a man whose wife has been rendered infertile after cancer treatment, and you can imagine the rest of the plot. Oy. That year I won because it was new, and I didn’t know what winning or failing would feel like. I had no expectations. I just wrote and wrote and it was terrifically bad, but I was so focused on getting to 50,000 that I didn’t care.

This is all in stark contrast to last year, when I laboured over every word and then deliberately made other plans so that I wouldn’t have to look at my NaNo–not because I hated the writing, but because it caused me physical pain to write down the “wrong” words. I was a huge NaNo Diva. I took myself as a NaNoer very seriously. That is a poor approach.

Returning to NaNo is a bit like the first pangs of your second childbirth experience. The first time around, it hurts, but with nothing to compare it to it’s possible to just keep riding it out, always thinking “it probably gets even worse than this”. The second time around, you know exactly what to expect, and that knowledge can be crippling (“I know how much worse it gets and I don’t want to do it again.”).

I imagine I will fail dismally again next year. I’m like the Geelong Cats of NaNoWriMo–odd years only.

I’ve called my story Latkes with Sylvia, and there is a lot in it with which I am genuinely very pleased. It feels less like a series of vignettes than I had feared it might, and some of the writing is solid.

I’ve been working on an elevator pitch that doesn’t make it sound like a bunch of people crying for 200 pages. Because that’s not what it is, but the central theme is grief. It’s a kind of Love Actually: Everyone’s Got Their Own Grief. The main character, Heather, has lost a child, and has no choice but to move to the house she had bought before. There, in her black cloud, she comes to understand that grief takes many forms and at many stages of life, but rather than being crushed into emotional oblivion, she is buoyed by the camaraderie of her new neighbours, family and friends. And a strange man who lives in the garden, but he’s up to something decidedly more sinister. This is all told to the backdrop of Heather’s turbulent upbringing with a mother whose brain misfired.

It sounds like depression soup. But I promise that it isn’t. There is a lot of lightness in shared grief.

I’ve continued writing since I reached 50,000 words, and my plan is now to keep writing over the Christmas break, and have this draft finished by January 31st.