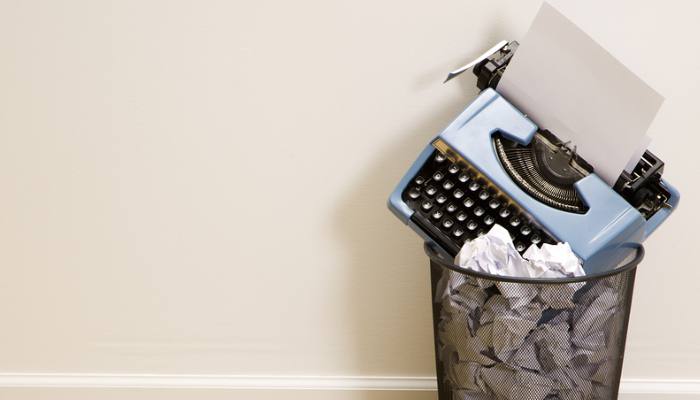 Thanks to Jodi for nominating me to talk about my writing process.

What am I working on?

I’m also working on writing weekly bits of flash fiction, to keep my brain ticking. And a short story about a man and some magpies, which I’m hoping to enter in to the Elizabeth Jolley prize. Short stories aren’t my strength; I struggle with understanding the length and completeness of them. So I’m also reading a lot of short stories at the moment, for research and for pleasure.

And then I’m waiting like a patient, gentle lunatic to hear the outcome of my first novel, which is currently on submission.

How does my work differ from others in its genre?

Firstly, I hope that it does, and I also hope that it doesn’t. Also, I don’t really know what my genre is. So this question is a bit like me poking a bee with a stick, except that the bee is actually an antelope.

There are some wonderful writers who are writing the kinds of books I hope I’m also writing. So in some ways, I hope my work is quite close to theirs. Having said that, I hope that the way mine can be differentiated (not necessarily the way that it differs, but more what makes it worthwhile) is in its nonsense and poetry. I love allegory, and I love metaphor, and I love the visualisation and even personification of emotions.

Why do I write what I do?

I don’t know. I see sentences when I’m out and about. Yesterday I drove past a man painting a fence, and in my head I saw, “He painted the fence because it was blue, and she loved blue.” which wasn’t what was happening at all. I lie in bed at night and get snippets of things that could be stories (sometimes they are sentences, or characters, or endings, or scenes, or just the way a person leans in to another person) and write them down on the backs of envelopes, and later they might become stories, or they might stay as notes that don’t need to be fleshed out, or they might appear in another story, or they might just be a feeling in my chest.

I don’t remember making a conscious decision to write what I do. I don’t know if that’s something people do — is it? I imagine it might be more relevant to genre fiction, in that you probably don’t accidentally put dragons or aliens into stories without knowing that it’s probably a fantasy or a sci-fi story. But I don’t read genre fiction, so I don’t know if that’s true either.

I think it’s important to capture the essence of life in literature (and other arts), and by that I mean the way that people are with each other and in societal groups and in the points between birth and death. I write what I do because that’s a way I know how to express those things. Part of it is also reading the work of other writers that are doing similar things, and thinking about the way they do it, and how that relates to the way I do it, and where they intersect and where they move apart.

One of the compulsions I have is to capture feelings in words, and I spend a lot of time doing that. How does it feel when you’re looking at someone you love? It’s a movement in your heart, it makes the tips of your fingers ache, it makes your body move involuntarily as though to touch that person, and even if you don’t touch them it can be enough to feel like you might touch them, because the palms of your hands will be hot and buzzing until you do. That’s what I’m compelled to write. I’m not necessarily compelled to write novel-length versions of those feelings every time, but sometimes that’s the best way to make the feelings relatable.

How does my writing process work?

It depends what I’m writing, and it depends how I’m feeling. If I’m writing for work, I write on my desktop computer. That’s my work computer. I have never written any good creative writing while sitting at my desk. When I’m writing fiction, I like to sit on my back verandah with my laptop and some chocolate and maybe a pencil, and write in a full-screen Scrivener window. I write in Droid Serif, at the moment. I wrote LATKES WITH SYLVIA in Bookman Old Style. I absolutely think the font choice has an impact on the writing, so I always do my work writing in Helvetica. These are the kinds of things that are important to me, partly because I’m a hugely visual person, but mostly because I am certifiably insane.

I do my best writing in the morning. That’s also when I find it hardest to make time to write, so I am frustrated often. After 7pm, I write very badly, but sometimes decent bits of story come out of it, so I usually take what I write at night and make it better in the morning. I write until I have run out of things to say. I am maddened by words that don’t exist and so can’t form part of what I want to say. I write to music, or not, and I write when I am feeling things, or not.

I like to uncover the story as I go. LATKES took 15 months to write, which included binning 60,000 words I really loved because the story wasn’t right. I couldn’t start writing it again until I changed the main character’s name (from Meghan to Heather). The first version helped me to understand what the story was, so that when I wrote the second version, I could leave out everything that was wrong with the first (which was most of it). I wrote that version in eight weeks, because by then I knew what was supposed to happen.

And I love to write. I don’t find it arduous, though sometimes I find it emotionally taxing. I do get some savage writer’s block, but I’ve learned to counter it by writing something else, or by reading. I write every day. If I don’t, I turn into a werewolf, and then we’re back on to genre fiction, which is just confusing for everyone.

I’m passing on this here baton to my lovely friend Kelly Exeter, who is a wonderful writer …

Kelly is the very definition of a slashy. Writer/blogger/business owner/designer/mother/runner … like most introverts she likes hanging out alone at home and only talking to people through her computer. Kelly’s words have appeared online at Mamamia, The Hoopla, Kidspot and Women’s Agenda and offline in Marie Claire Magazine, Mindfood Magazine and The Canberra Times. Her happiest place is her blog where she writes about living a less frantic, more intentional life. You can also find her procrastinating with all the best writers on Twitter and Facebook.

… and to John Anthony James, who is such a champion of the writer (and a great writer himself).

John is a blogger and aspiring writer from Sydney. He has been published on Mamamia and Role/Reboot, and was a co-founder of KiKi & Tea. He posts short-fiction and true stories from his life on his blog, The Stuff That Comes Out Of My Head. He is currently working on two fantasy novels and has a slight obsession with unicorns. You can follow him at @JohnJamesOZ on Twitter.