The instillation of fear – Anna Spargo-Ryan

The instillation of fear 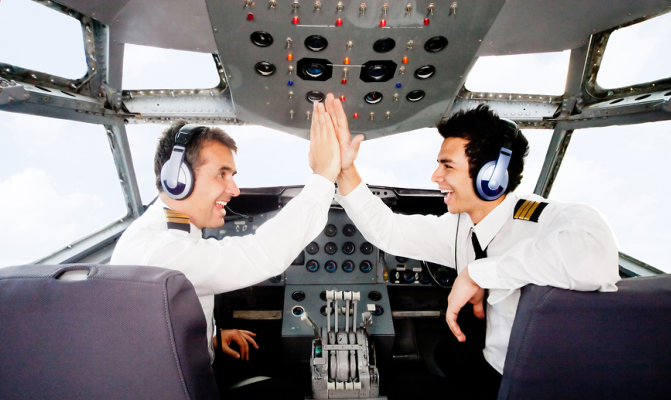 The instillation of fear

Tracey Spicer wrote an article. Yes she did.

In her article, she talks about making decisions for her child based on an emotional response. In this case, she would prefer that her child not sit next to a man on a plane, because of the (very small) possibility that that man might molest said child while on the plane. Tracey Spicer would prefer that her child sit next to a woman or, if possible, an empty chair, given the almost impossibility of an empty chair being a paedophile.

Obviously I take issue with the sexism of this piece. Men are more likely to sexually assault a child, so remove the man and remove the risk. We experience this every week at my place, where my ex-husband runs into parents (okay, mothers) who don’t want their child to come for a sleepover because he is the only adult there, and he is a man.

But that’s not even what I want to talk about.

I am a fearful person. I am afraid of heights, depths, confined spaces, open spaces, water, flying, people, boogers, falling off horses, nighttime, daytime, being alone, being in a crowd, peanuts, prawns and dying.

My mother is afraid of heights, depths, confined spaces, open spaces, water, flying, people, boogers, falling off horses, nighttime, daytime, being alone, being in a crowd, peanuts, prawns and dying.

When I was a child, my mother taught me to fear everything. She wouldn’t let me catch the bus alone until I was 16, in case I got lost/was kidnapped/died. She didn’t like me to cross the road on my own. She always told me I was cold (“Anna, put on a jumper, you’ll get pneumonia!”). Every time I did anything, she asked me to confirm my successful completion of it.

My parents taught me to expect the worst of situations. That every time I stepped out of my front door, I should expect something mortally horrific to happen. That in going to the shops, I ran the risk of train accidents, car accidents, bus accidents, meteorite strikes, molesters, drowning in a river, being struck by lightning, being caught up in an armed robbery, slipping on ice, becoming a Liberal voter, losing my underwear and falling in love with the wrong man. They reiterated this every time they expressed their fear to me.

I spoke to my counsellor last year about Lily. Lily is scared of car parks. Every time we get out of the car, she clings to me as though she will never make it to the supermarket alone. She is nine years old and she knows how to look for cars. Short of a lunatic appearing out of nowhere, she is probably not going to be hit by a car. And yet, the fear. I didn’t understand it – I am not scared of car parks! Car parks are fine! In fact, car parks are the one thing in my whole life that I’m not scared of!

What my counsellor told me (and she has those narrow eyes that are always judging you) is that in warning Lily of the dangers of the car park, and in removing her from the situation that could pose a danger to her (by holding her hand, telling her to look out, keeping her close to me) I had taught her that she had a reason to be fearful in the car park.

Do you know how afraid I am of buses now? I would rather walk twenty kilometres in the snow than go around a roundabout on a bus. Because my mother taught me that I should be fearful of buses, which is why she wouldn’t let me catch them on  my own. When Georgia was a baby, there was one bus that I liked to catch. She and I got on it every day and went down along the beach. That bus had a sign as you got on: “Welcome to your safe, friendly bus.”

But there are many others, socially created fears, that don’t serve this purpose. They are as much for our own benefit as they are for our children’s. And there’s only so many fears one mind can bear before it becomes a fearful mind.

They should not be “men on planes”.