What I didn’t learn about feminism from my feminist mother 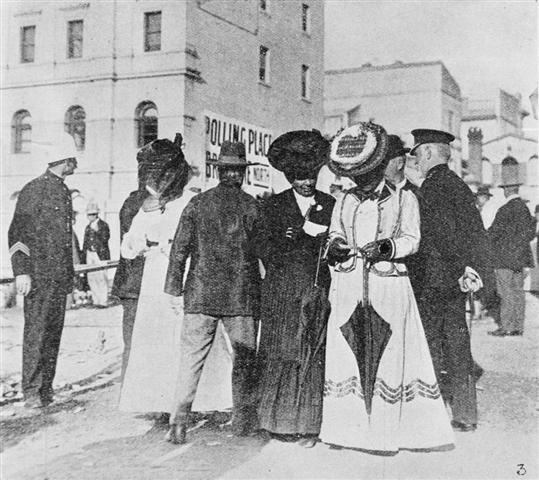 What I didn’t learn about feminism from my feminist mother

My mother doesn’t take shit from anybody. She is kickarse in all the ways available. She is an empowered and balanced and amazing woman. If she weren’t my mother already, I would wish that she were. Probably. No offense to my other, hypothetical mother. As far as role models go, she is the cream of the crop. She is a woman doing things in multiple STEM fields, being a caring and supportive mother and grandmother, and looking young and hot always.

Obviously, this has been wonderful for me. And it’s wonderful for my daughters, who are also interested in science and technology. We have this built-in power woman who will never let us believe that we can’t just do anything we damn well want to (even if that is “bake” or “get married”). She has always given us reason to believe that our heart’s desires are valid and achievable, whatever they are.

However: several years ago, when I started using Twitter, I became aware of pockets of women who were doing compelling and, in many ways, incredible things for feminism. They were well-informed. They were motivated. They were saying all kinds of things with weight that I couldn’t relate to or appreciate.

At that time I worked in a local council, and I sat next to a disgusting, slobbery, slimy man who spent his days, as far as I could tell, looking at scantily clad women on the internet and then making derogatory remarks about the ones in the office. “Terrible tits,” he would say, as a staff member walked by. “Fat arse.” “Shame about the face.” And he would roll around in his office chair and sweat on me and then call his mates to slag off his wife (“Stupid bitch made me pick up the kids yesterday.”).

After a while, I took myself off to HR to make a fair — but naive — complaint. “I want to be moved away from this man,” I said.

“Oh,” the HR department (all women) said. “It’s not that easy. We need someone else to substantiate your claim.”

But the other staff members were too afraid. They didn’t want to risk losing their jobs.

“It’s not fair,” I moaned. “Why is it like this?” And the other women touched my shoulders and reminded me that we were women, and that workplaces were rarely fair. The extent of my lack of knowledge unfurled. I had had no exposure. I had never had to stand up and demand recognition in spite of being a woman. I built websites. The websites worked. That was my indicator of a job well done, of an equal and correct approach to my place in the industry.

What I realised was this: I’d never needed to understand feminist theory. I’d never even tried. My mother, bless her, was an active, ferocious proponent of the feminist movement and she did everything for me. She put her neck on the line, she threw herself into situations with men who didn’t take her seriously, she tried in earnest to find “work-life balance” (whatever that is).

I had a poor feminist identity. Although I have spent my life working in a male-dominated industry (IT), I have rarely had to draw on feminist ideology. I have been sexually harassed, paid less, bullied, told “only men know about this”, and though I knew these were the exact reasons we had feminist activism, I had no actual knowledge or experience that could help me generate a structured and informed conversation about them.

I began to read these women on Twitter more closely. I bought The Second Sex. I talked to other women about their experiences. I downloaded infographics. I began to formulate my own feminist education, because mine had been oblique. For my whole life, I had taken for granted the equality I felt, and maybe even believed that feminism had served its purpose, that we were on the other side of feminism. I didn’t even understand that my mother identified as a feminist until I told her what I was learning, and she said, “Well, yeah. That’s what I’ve been trying to show you.”

And it occurred to me that feminist education cannot be done via osmosis.

So this is my confession: despite being a woman working with men, despite being a mother of two daughters, and despite being a daughter of a glass-ceiling smasher, I have struggled with a lack of feminist education. Though I have benefited from the hard work of others, my appreciation of what that actually looks like, sounds like, and the work that is required, has been wanting.

But as the change occurs — and hopefully it does, and maybe a little faster than it has been, Minister for Women — the storytelling is equally important. Realising my gaping lack of knowledge has changed the way I speak to my daughters about “being a woman”. How did we get here? Who brought us here? What did they learn? And more importantly, how do we use that knowledge to keep moving forward?