Gosh I liked reading your comments. They were lovely and hilarious and kind and gentle and powerful and clever. I did have a clear favourite, but I have to give some runner-up prizes too because there were other truly excellent comments and everyone should read stuff always. And of course I wish everyone could have prizes, but I’m a writer and the sad fact about writers is that they make almost no money with which to buy prizes.

The winner of the 4-year Going Down Swinging subscription is … Erin Marie.

When I was fourteen I was going to be an author. I was the only person I knew who was writing a novel, and even though it was basically a fantastical re-hashing of what was going on in my life I knew that I was Going. Somewhere. I went to a writer’s camp in the Bunya Mountains where it was cold and rainy and we huddled around a pot-bellied stove and I showed a famous author an excerpt of my story in the hopes that he would say I was a prodigy and send my story to his publisher immediately.

When I was sixteen I was convinced that I was a poet. I spent a lot of time writing poetry about boys I was in love with, and sometimes about things that were going on in the world. I would lay on my bed and recall half-remembered fragments of dreams, mix them with creative metaphors and write them on a bright green legal notepad in the middle of the night. I showed my poems to select few people and posted them on a terrible blog in the hopes that people would think that I was deep and moody.

When I was twenty-two I started playing the guitar and putting my poems to music. For a little while I thought I was a songwriter, and all the intense experiences I had would be set to music. On stormy nights I would sit on the wrap-around veranda of the old Queenslander in Red Hill in which I lived and strum softly so as not to annoy the neighbours. I played my songs at people in the hopes that they would like them and say that I was talented and cool.

When I was twenty-six I became a lawyer and started writing advices and legal documents. I knew then that I was a Real Lawyer and that was what all my previous writing passion was all about. I spent hours in my windowless office crafting documents that people would want to read, even though they were about personal injury litigation. I asked staff in the office to ‘proof read’ my work in the hopes that they would tell me that I was a Real Lawyer and good at my job.

When I was twenty-eight I broke up with my fiancé, quit my job and moved to Melbourne to study my Masters. When writing my first essay I decided that academia was my calling because it meant I got to write long essays and argue at the same time and lecturers didn’t mind so much if I used descriptive prose from time to time. I would sit at my dining room table under a blanket with a cup of tea and look at the trees swishing in the wind outside whilst I came up with articulate and novel ways to argue old issues. I asked for feedback from my lecturers in the hopes that they would tell me that I was brilliant and should do a PhD.

When I was thirty I got promoted and was asked to appear in court on an issue that had never been argued before. As I drafted written submissions and prepared to get up in court to argue I decided that this was the kind of writer I was meant to be – one who wrote in preparation to speak. I stayed back at work until well after dark carefully choosing words that were persuasive but objective crafting submissions that would win the argument and impress the judge. I called a barrister I knew to discuss my approach in the hopes that he would tell me that I’d hit the nail on the head and should consider a career change to the bar.

I’m not being dishonest when I say ‘I’m a writer’. I write, therefore I am a writer.

How come, then, it feels so much like a lie?

Look, Anna, let me be honest with you.
I’m desperately in love with my postman. I have been for years. I really don’t know who or what a ‘Going Down Swinging’ is, but anything that forces the postman to come to my house more often is what I need right now.

I really think that with just a few more visits he will realise that he loves me just as much as I adore him. I’m really struggling to find the time to send letters to myself.

But don’t pick me if I will be so jealous of the beautiful writing that I will stalled forevermore. I don’t want it that bad.*

*does not apply to vibrators

the only ‘going down singing’ I have ever heard of is when fall out boy sung it regarding some messed up love affair or other with a very catchy beat. regardless, I am socially awkward and a major introvert so if it involves reading, in a quiet room, with snoring dogs and no one disturbing me for hours, I am totally in. or something. as long as someone can dial me pizza and some hot chips so I don’t have to exit the batcave then we are totally cool. 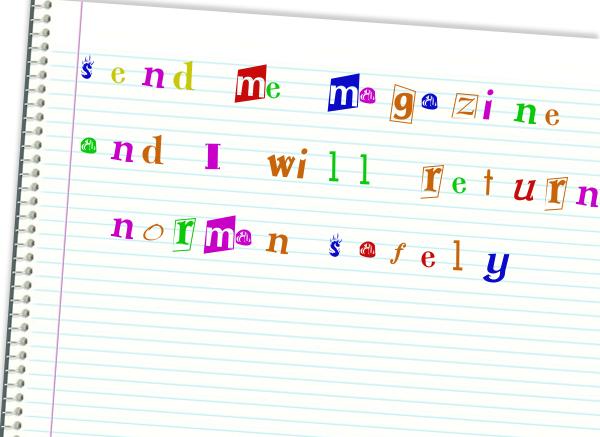 Thanks for making me laugh and feel stuff.

Hopefully this will satisfy his captors!

Oh my! How lovely you are.
And yes. That will be sufficient for me to return Norman. :)
I might keep your embarrassed / embarrassing Dad though.
*crosses line from witty to creepy* 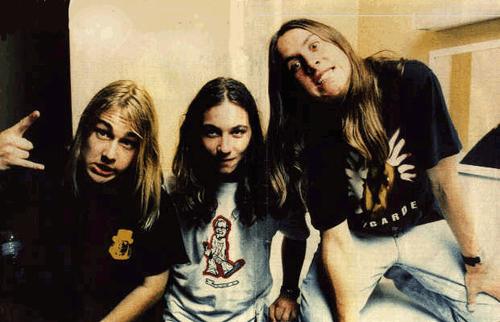