Having a gifted child shouldn’t be aspirational – Anna Spargo-Ryan

Having a gifted child shouldn’t be aspirational 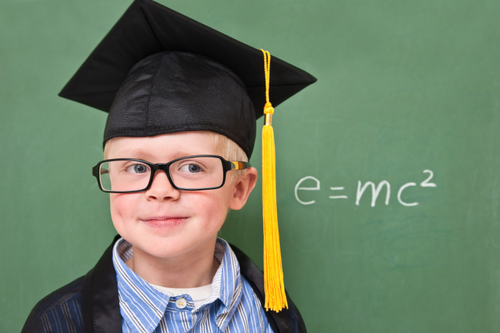 Having a gifted child shouldn’t be aspirational

This bright spark has decided he’s not going to call his child “gifted”. The fact that his child is apparently not gifted doesn’t seem to have factored into this decision, but you know, just in case anyone was wondering, in the event that his child had a brain transplant down the track and became a different child.

I have a gifted child. I also have a not-gifted child. So here’s your first lesson, Christopher: they are both really smart. Off the charts smart. One is gifted. The other one is just regular smart.

Gifted is not “smartest”. It’s a way to label behavioural traits, to assist with learning development and needs analysis.

Identifying a kid as gifted means being able to tackle the issues Scanlon has outlined. Choosing not to label it doesn’t make it disappear. Georgia’s psychologists have told us the opposite: that giving a gifted kid (apparently this also applies to kids on the spectrum) a label can help them to better understand themselves.

See how it’s a mixture of positive and negative behavioural traits? Here’s what a gifted child isn’t:

The word itself seems to cause no end of difficulty for people. A “gift” is something desirable, something free and wonderful, maybe even something undeserved. Therefore, a gifted child is one that has something that other kids don’t, and for no good reason other than a random sprinkling of DNA and probably tiger mothers who pushed said child to learn violin in the womb. Right? A child labelled as gifted is instantly in competition with other, non-gifted kids.

I know parents who are afraid to “admit” that their child is gifted. It seems comparable with telling people your child is the most beautiful, the best athlete, the richest. You are implying that your child is better. Your child deserves greater opportunity. Your child doesn’t even have to try!

Let me tell you a secret: having a gifted child (this seems to cause far more angst than actually being a gifted child) is not aspirational. Parents of gifted children experience strange and wonderful behavioural challenges. Gifted children are more likely to have anxiety, depression and anger issues. If this sounds like a gift to you, I have a host of other ways you can complicate your life for your own enjoyment.

I was a gifted kid. I struggled with disappointment, managing failure and all the other things Christopher Scanlon mentions in his article. Not because I was gifted (because no one called it that until I was about 12, and yet mysteriously I was still the same person), but because no one spoke about it. About the challenges, the necessary foresight, the coaching, the teaching. I went on a “gifted” camp and painfully extracted a modicum of social engagement out of other gifted kids, but we were a freak show. Rather than understanding the difficulties that came with experiencing the world in a different way, we were forced to play bocce and learn Esperanto and do things geniuses might do. Not gifted kids. Geniuses.

They’re not the same.

My smart-but-not-gifted kid goes around in her world, thinking about ways she can create and learn and dance and love. She writes stories, draws horses, bakes brownies and we never argue because that doesn’t form part of her personality. My gifted kid goes around in her world, thinking about dying in space and how oxygen works and why no one loves her and why her body feels like it’s full of poisoned lava. She has no impulse control, no anger management skills. Confusion and anger rattle around in her brain until they explode. Sometimes it manifests as a meltdown at the supermarket; sometimes it is crying herself to sleep.

I go into a parent-teacher interview and we gawk over her amazing NAPLAN results. Then we talk about how she kicked a kid because she didn’t know how to manage her aggression after he made an off-handed comment on the bus. A gifted child is a tapestry, like any other child, but the highs and lows are extreme and not always easy to counter. Some nights I just lie in bed with my daughter and listen to her brain whirring. She hardly sleeps. She is lonely and afraid. She worries about letting herself down, about letting us down. This is what “gifted” looks like. Awesome, right? You must be so jealous.

But here’s the thing. You can teach a child to fail well without denying them their identity. Teach them to fail within context. Teach them about the specific failures they are likely to experience (less academic, more social). Teach them mechanisms for processing their particular emotions afterwards.

Being gifted is not the same as being a prodigy. The problem is with the fundamental misunderstanding of what it means to have a brain that functions on the skinny ends of the bell curve. But you will be able to teach them these things because you understand the ways in which they’re predisposed. That you have a child who might lash out, be angry, be highly emotional, resist criticism and so on.

Because you call them gifted. Because that’s what they are.