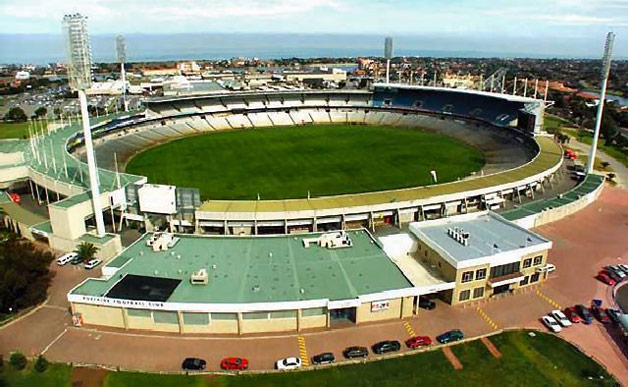 November 24, 2014 In Storytelling By Anna Spargo-Ryan

My first boyfriend’s name was Christian, and I met him on the internet. I was 14. I know this because my nick on Internet Relay Chat was Anna14. His was Chrish. I would later learn that this had something to do with the fact that he couldn’t spell very well; not even his own name. We met under a palm tree by the river, with my friend who had also come along to meet a boy from the internet. She was 16. Her boy was an overly large redhead, and he stood heavily on one corduroyed leg and his glasses fogged up.

Christian was tall and skinny, floppy brown hair. I want to believe he had an eyebrow ring. He was 15, and he had come along with his friend Adam, I guess in case I was a psycho stalker, or a middle-aged man. Ultimately I was a psycho stalker, but I had worn a cute top and Tencel jeans, so by appearances I was a real girl. He was from the south, near the beach, and I was from the Hills. It was a modern day West Side Story, probably.

We spent the afternoon doing things teenagers did in Adelaide in the 90s: we walked around the army parade grounds, through the sandstone university and across to the zoo, where we sat by the river and listened to the lions being fed. After two hours my dad came to pick me up and Christian touched my arm with his clammy hand and made the universal hand signal for ‘I’ll call you.’

On our first real date we went to the movies with four of my friends. Hindley Street was a dangerous place then — full of thieves and thuggery — but I didn’t want Christian to think I was a loser so I walked from the far end of town, where dad had dropped me. We saw The Fifth Element. Christian had a bag of cheese Twisties and his arm around my shoulder, and each time he leaned across for a chip, he tried to kiss me. I avoided his lips so gracefully that I strained a muscle in my neck and spent half the movie crying in the toilets.

The next week we went to the Myer Centre to hang out. That was a thing kids did, hang out. My girlfriends and I would go to The Body Shop and try on all the eyeshadow, and the guys would stand around outside and roll their eyes at each other. Once suitably decorated, we rode up and down the escalators and went to the food court to throw fries at one another. We held hands under the table. He touched my face with his fingertips. He leaned so close to me I felt his breath in my nose but my dad was waiting for me and I had to go sorry it was really time for me to go I didn’t want to get grounded.

To his credit, Christian was inordinately patient for a fella of his age. He sat close to me and hugged me with my face in his armpit and he always, always smiled. He stopped trying to kiss me. He called me on weeknights and we talked about which movie we would see, or which pizza topping we would have, or which train he would have to catch to come and see me. I was wracked with guilt.

We went with my friends Sam and Elizabeth to have dinner in North Adelaide, at a place called Caffe Paesano. The main thing I remember about Caffe Paesano was that its baci gelato was to die for, and also that the only menu was on a blackboard that occupied an entire wall of the restaurant. I felt very posh. After dinner we walked hand-in-hand under fairy lights and sat above the Adelaide Oval to watch the city lights come on. He had soft hands and rounded fingernails, like a fortune teller. Part of me wanted to kiss him, there in the light of the State Bank Building. But I couldn’t. I didn’t know how. I didn’t know how and I hated doing things unless I knew I was good at them.

So I shook his hand, and I think he knew then that we’d already had our best days together.

Several weeks later, Christian and his parents took my friend Megan and I to the football. It was the semi-finals, 1997, Geelong v Adelaide at Footy Park.

“Be careful,” my dad said. “Be safe.” As though he should be worried I might get out of the dug-out. That’s a baseball joke.

It was a cold night, black sky. We sat in the members stand and I felt ferocious, fierce. I would either kiss him, or break up with him. I would stop stringing him along, one way or another. I would let the outcome of the game make the decision for me. The ball was slippery and the scores were achingly close. Geelong were ahead, then behind, then ahead. I etched deep fingernail lines into the metal seat in front of me. I shouted and cried and the game ended and Geelong had lost by eight points and I was going to break up with him.

Footy Park only seemed to have one exit and we waited an excruciating hour while some jerk at the front of the queue packed up his barbecue. I made Megan sit between us in the car, and still Christian tried to weave his fingers through mine behind the headrest. His parents dropped us off at a BP in Thebarton and I gave him the saddest eyes I could because I was certain I would never see him again.

In the morning, I called him.

“Maybe some other lifetime,” I said. And so it was over.

But I did see him again. Much later, I went with dad to buy floppy disks from a place in the city. I had a new boyfriend by then, one I kissed all the time, but the guy who served us had an eyebrow ring and floppy hair and I felt the pang of years-old remorse. His name tag said “Chrish”. He didn’t recognise me. In the car, dad asked me if I knew the sales guy. He’d recognised him too, wondered why we never went out again.

“It was the football,” I said.