What computers taught me about sex – Anna Spargo-Ryan

What computers taught me about sex 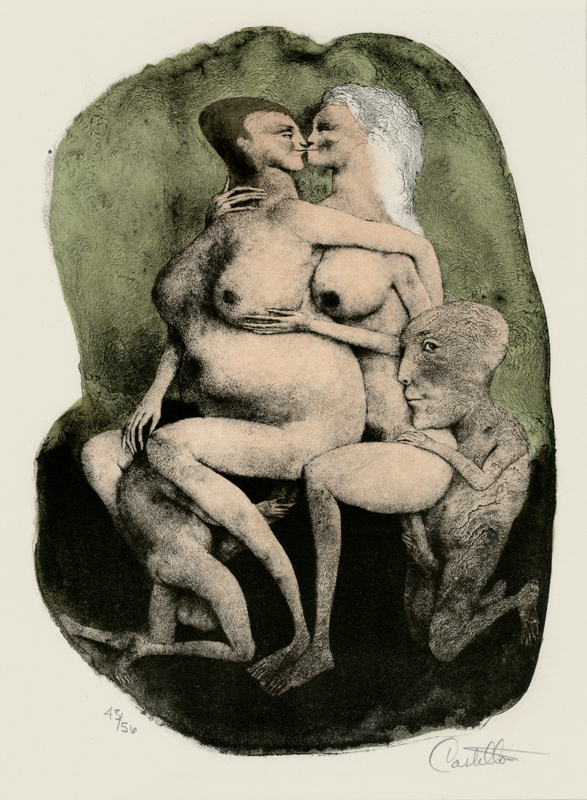 What computers taught me about sex

This image is the wonderful ‘Erotica’ by Federico Castellon

When I was 11, I had a Mac Classic II. Gosh, it was so great. The screen was at least 150 pixels wide and there were so many fonts. Like, 12 fonts. I got on there every day and I wrote stories in different fonts (but mostly Chicago). Page after page of stories. Stories about horses and people with umbrellas and dogs at the beach and bananas.

And another kind of story.

I am fascinated by sex. All kinds. I like having sex, no doubt (though let’s have a conversation one day about what it’s like to grow up with Dolly magazine telling you that all boys want is sex! and being a girl with a high sex drive who feels constantly diminished), but before that was ever on my agenda, I was a kid and I thought about sex. A lot.

So when I was 11, I wrote erotica. And I saved it on the computer. And my dad found it.

I can’t remember what he said, but I remember so clearly the embarrassment that I felt. Shame. Humiliation. I knew that what I was doing was supposed to be “private”, but I didn’t really understand why. I was exploring myself and my body and my feelings and I had an inkling that I shouldn’t do that in front of other people, so I wasn’t. I was writing little stories. Sometimes I was just writing the word “SEX” over and over. I felt embarrassed and shamed and humiliated but I also felt like my privacy had been violated a little. Like if I wanted to think about people putting their genitals near other genitals, that should be okay, and what was he, the thought police?

Being a parent now, I understand his alarm. If my kid, who is 11, wrote erotica and saved it on the computer, I would want to put every computer in the world into a fire pit and then shoot the fire pit into the sun. But I was exploring my sexuality in the way I knew how to, which was, as with all things, through writing. I wrote a story about a man who fell over the back of a couch and was suddenly having sex with his wife. I wrote a story about two women having sex in a car. I had no idea what sex was or what it looked like. Most of the text was like this: “he fell over the couch and then they were HAVING SEX!!!!” I was determined to write stories about the way people were with other people, in a love and romance way. Sex and love have always gone together, for me. Never let me have a one-night stand with you; I will change my surname to yours and live in your garage forever.

I feel like a creep, telling you this, but on reflection, I was a kid with lots of questions. I wanted to know stuff, and I had no one to ask; I’m the eldest child, and my parents have always treated sex conversations as something to whisper to a mirror and then never speak of again. And after my stories were uncovered, I was too embarrassed to even try.

The internet was my teacher.

(This is the most illegal thing I have ever admitted to on the internet.)

Lesbian Lovers cost something like $24.95 a month to access, which was a lot of money in 1995. Being 14, I didn’t have a credit card, and I was smart enough to know not to put that on my dad’s credit card. So I just made one up. You could do that, in the early days of the internet, before banks really understood what was going on. You could type in a bunch of credit card numbers and keep submitting them until one of them worked. So I did that. I bought a pornography membership with someone else’s credit card when I was 14, and I’m sorry. Truly.

For a long time, my views on sex were informed by this education. What I knew about sex came from lesbian porn and reading stories on literotica. My expectations were skewed and bizarre. I linked sex and shame intimately. I didn’t even kiss anyone until I was 16, and even then I was watching The Little Mermaid at the time and just felt afraid. Eventually I pushed the boundaries with sex because at least I would have a legitimate reason to be embarrassed. I’ve been caught having sex in public — by the police — more than once. I hungered for sex naivety, for gentle and kind sex, or for fierce and hateful sex. I chased a kind of sex knife edge, and I got my heart broken over and over. Just looking for things I’d never fully understood, because the internet supplied information but it did not contextualise it.

I don’t write erotica anymore. But I do open a lot of incognito browser windows.