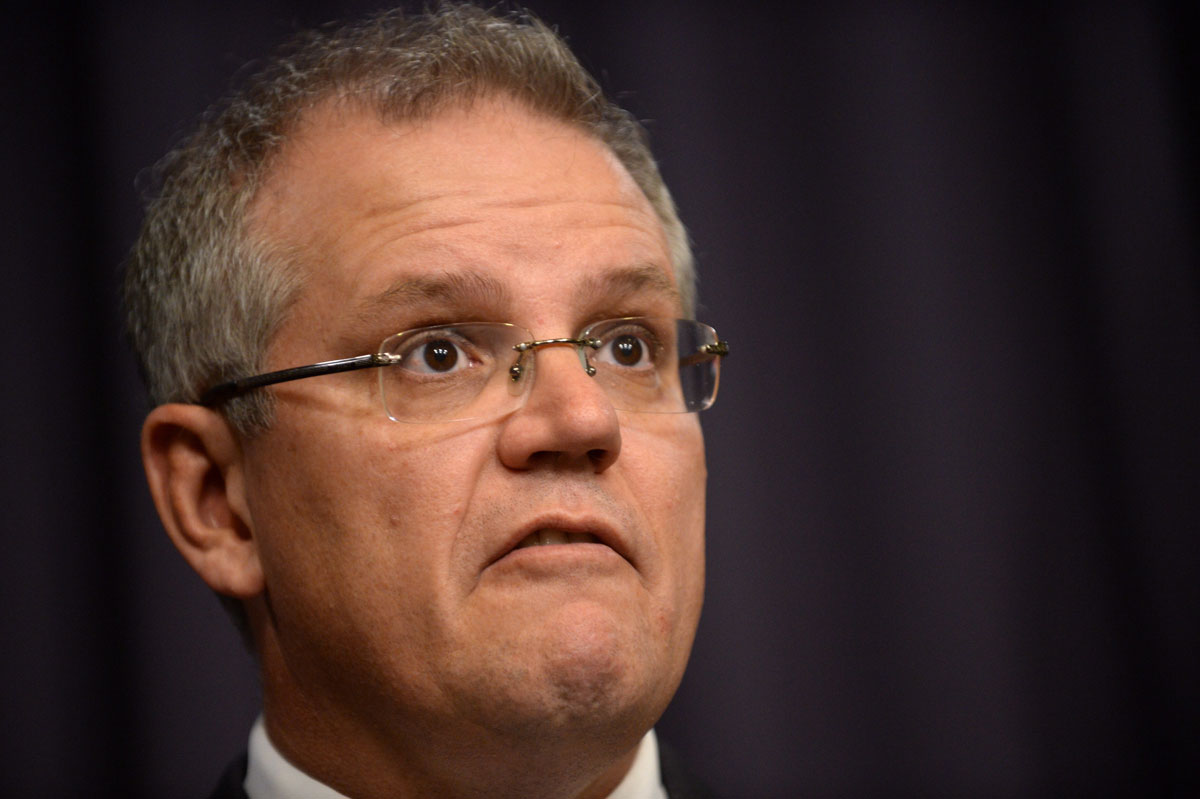 This piece relates to what we chat about in Episode 4 of The Anxiety Shut-In Hour. Pop over and have a listen to our extended thoughts (and ranting).

Mental health issues have rarely been well supported in Australian politics. Under the previous federal government, we lost $406m in Mental Health Plan rebates. Just last month, the Libs announced they would not be renewing funding for the National Perinatal Depression initiative. These sorts of cuts hardly inspire great faith that our policy makers will head into bat for the little depressed guy.

So it was easy to dismiss Liberal MP Scott Morrison’s recent comments as more of the same rhetoric. Want to cure your mental illness? It’s so easy, you guys. All you have to do is get a job! All that time and money you’ve spent? Wasted. Should have got a job.

Scott Morrison: A job is a prescription for a young person with mental health issues #auspol #ACOSSConf2015

The response from the Twitter public was understandably dire. Comments came from people with and without mental health issues, with nary a nod among them. It seemed Morrison had suggested, as so many have before, that mental illness is not the result of a medical condition but of sheer and flagrant laziness.

That’s hard to swallow when spoken by a man who’s also said welfare is “not a career choice.” And given quality of human life isn’t high on his agenda, he doesn’t exactly exude compassion.

But on this issue, possibly by fluke, he’s not completely wrong.

Every person’s experience with mental illness is unique. Depression, for example, may present in one person as lethargy, a lack of appetite; in another, low sex drive, suicidal thoughts. There is no blanket solution that applies to every manifestation. But there is, for some people, merit in employment.

headspace, which focuses on youth mental health issues, offers a range of services to get young people into well-supported employment. CEO Chris Tanti says that a significant issue in the perpetuation of mental illness is isolation, especially for his young clients.

“Most people I’ve worked with who have experienced these things have been isolated, or their experiences have made them isolated. Let’s say they’re depressed and they don’t want to be around people, or they’re ‘odd’ and believe people don’t want to be around them. You have the primary problem, and then you have these secondary problems; you experience hallucinations and delusions for example. People find this odd, their family doesn’t cope, so they withdraw, cope even less well. By the time some of these people get to see someone, they’re 2-3 years undiagnosed, they’ve fallen out with their family, they have no relationships, they have nothing.

“There is a factor in mental illness of not being connected to anyone,” he says. “Part of that is the illness, but partly we are literally not connected. Being gainfully engaged is important, whether it’s in school or through a job, because there are benefits in having income and being able to support yourself, but there is the social component too. It’s really important that you’re mixing with people, that you’re not isolated.”

The fundamental insensitivity of Morrison’s comment is the idea of a “quick fix”. A young person experiencing symptoms of depression, anxiety, psychosis or other illnesses needs to be engaged with multiple support services. Some of these people will make a full recovery; many of them will be affected by mental illness for the rest of their lives. Effective mental health treatment requires involvement from a range of networks.

“Our clients will have headspace support, existing support,” Tanti says, of the process of being placed in employment. “And if they’re interested in having a job — and we would encourage people to have a crack — then we will work through what they might be interested in doing and then work as a team to support that person through the next step. Everyone gets involved. Obviously the vocational person works directly with the employer, but the team is briefed on how things are going, so it’s teamwork and a specialist approach rather than only a vocational approach.”

Mental health issues cost the Australian economy $10.9 billion every year. The primary issue is not that people with mental health issues cannot contribute value to a business, but, as Tanti says, that the businesses are not equipped with adequate information or support frameworks. The result is organisations employing staff they can’t support, staff who can’t be supported and who become unemployed again, and people who are demoralised, disheartened, with a poor reference for future employment.

A person who is an enthusiastic, meaningful employee might experience a mental health issue requiring a month of hospitalisation. A staff member may need flexible working arrangements to best support their mental health. Most organisations in Australia are ill equipped to deal with these circumstances, in both policy and understanding.

“We need to actively support people in employment and support their employers to understand what they need. Having a policy framework is important, but because everyone is so different, we need to be clear that there needs to be engagement with the young person and their family and a whole range of other things.”

The first time I spoke to my employer about my mental illnesses, I was in my mid-twenties. I didn’t have the language to put around it, didn’t know how to communicate how I was feeling. Worse, I didn’t know what would help me, so I was going to my employer with a problem and no solution, and they had none of their own insight to offer.

My experience wasn’t unique. Research by SANE Australia suggests that less than half of managers in Australia have an understanding of mental illness.

Tanti says we need to rethink the way we talk about mental illness in the workplace. “Often these things are best done in pairs or a group, where you sit with an employer and say ‘these are the circumstances, this is what works, this is how stress impacts on her, this is what we know, these are the early warning signs but there might be others we’re not aware of …’ all these things. It’s so complex. And people just need to sit with it.

“What I learnt as a therapist was you’ve got to sit with not knowing,” Tanti says. “But how do you do that when you’re worried about the bottom line?”

The question is not, then, whether getting a job is or isn’t an effective “cure-all”, but about how the government intends to support these proposed new employees. Abbott’s proposed “national approach on Mental Health” makes a lot of the right noises, but it is a macro treatment for what needs to be treated as a micro, nuanced education piece.

To massively understate it, Scott Morrison’s comment – unfortunately phrased at best – may be putting the cart before the horse.

Morrison has, at least, demonstrated that speaking on matters of mental illness is difficult. Doing it without compassion is dangerous. Understanding how to do it in open and informed ways requires listening, which is not necessarily a strong point of the Social Services portfolio. But through programs like headspace’s Individual Placement and Support (IPS), and Beyond Blue’s Heads Up and Mind Matters, we can begin to change the way we talk.

And while we’re at it, maybe someone could give our MPs a lesson or two.