The man who lost his wife in a shell 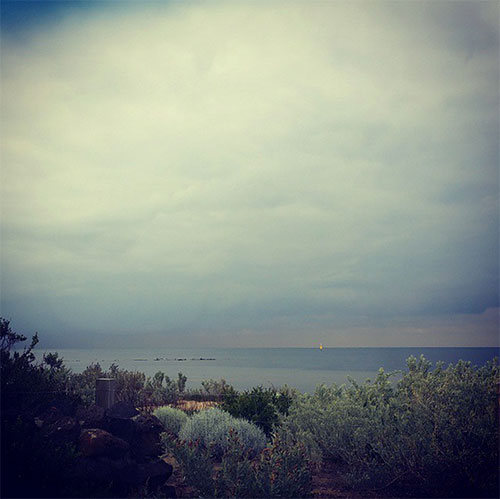 The man who lost his wife in a shell

I’m supposed to be working on a book about a man. He’s been in there for a while, in my head and my fingers. He lost his wife. I’m supposed to be helping him to find her. She’s out at sea somewhere. I think she’s on an island, maybe. He thinks she’s under the waves, drifting on the current. I don’t know which of us is right because I can’t find him in my head right now.

I wonder if it’s because there’s not enough physical space in there. I don’t know this one way or the other, because I haven’t successfully completed the MRI yet. I need to have the MRI to find out whether I have this tumour growing in my skull. I’ve been to the clinic three times. I’ve taken my partner, my dad, and my therapist. I have the most patient therapist in the world. She sat with me for three hours last week, squeezed my foot and reminded me of all the things we’d decided I would think about instead: walking the aisles of the supermarket, the time I will definitely write an award-winning book. She waited patiently while they tried three separate times to draw blood from my veins and still patiently while the tech shouted “YOU’RE GOING TO FAINT” at me after blood sprayed everywhere (down my arm, more of a trickle really), and continued to stand guard while I cried into a bit of paper towel that I had failed, dismally, again.

Each time I’ve tried, I’ve moved further along the process. I’ve gone beyond standing in the automatic doors and letting them close on my face. I’ve gone through the door and into the change room and tied myself into a purple gown. I’ve sat and breathed with the cannula in my hand and in my arm and in my wrist, watched the wine of my veins pool in the needle. I’ve steeled myself against the tunnel and climbed on to the track and put my head in the vice-grip helmet and I’ve stared at the inside of the tube and tried to think of the supermarket and the award-winning book and calmly said, “No, look, I can’t. I will certainly die in here.”

Lily told me to think of all the crazy things Norman has done. “There must be two-thousand things!” she said. “It will take heaps longer than 20 minutes to think of all of them!”

I’ve done hypnosis and EMDR and listened to a guided meditation and squeezed a ball we called my Empowerment Symbol.

I’ve bribed myself with a Nutella donut and a party pie and an afternoon watching British cooking shows in bed.

I’ve been to the chemist to pick up a valium script, and laughed while he mimed hanging himself from a noose because he’d rather die than have an MRI.

I’ve become consumed by thinking of the inside of my head. Working from home takes the edge off the worry, so I sit in my favourite cafe and talk to the waiters about which flavour of muffins are on that day, and they laugh and tell me it’s something ridiculous like blueberry brownie and why would you need to put two desserts into one muffin? But all the time I want to grab them, shake them, demand they tell me whether this inability to function is because my brain is worried about me, or because I’m worried about my brain.

The symptoms have come and gone – mostly muscle weakness, which I’ve always had, and headaches, which I’ve always had. I don’t know if my cheeks are really pulled and sore, or if I just have a cold. Sometimes I ask the kids for reassurance: do they have colds? do their foreheads feel like they’re full of hedgehogs? are they as tired as me? And they have been, with this late-winter flu, so I write it off as being that, as being stressed or overworked or just plain blue.

While I’ve been focused on the inside of my head, and the crowded mess therein – a kind of high school party with music so loud and people so drunk and grinding so fierce as to be nothing at all, just noise – I’ve forgotten how to do all the other things. I want to help this man to find his wife, but I can barely find myself in there. I can barely recall the person I was this time last year, writing and gloating and being imperfect but definitely more perfect than now in just about every way, reflecting on the relative success of the year to date, on the upcoming book and the upcoming short stories and the upcoming drive along the foreshore to collect more and better and more and more and more ideas.

This year has really bashed me up. There I am, at the end of the alley, blood on the cobblestones and the year in front of me with its collar popped.

So I think about this man, who is missing his wife. I wonder what he will do to find her. He might get in a boat or climb up a tree or put an ad in a newspaper. Maybe he would do anything to find her. Maybe the only thing that matters is to look and look until there’s a glimpse of her cardigan or the familiar way the breath runs in and out of her. Maybe he will put down his tools and put on his Blundstones and tread the earth’s outer crust until he can fold her back into their living room and trace the outlines of her face.

And so actually, maybe, the man and I are on the same journey.

Maybe this is like writing. Scraping out the layers of my brain to remember there are layers.