Adventure: why I don’t want to write about mental illness – Anna Spargo-Ryan

Adventure: why I don’t want to write about mental illness 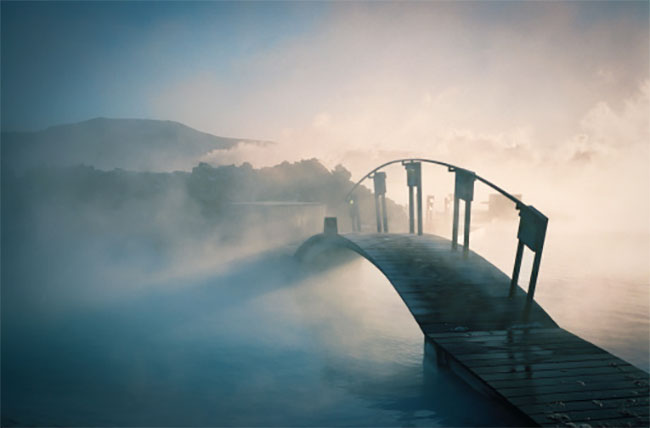 Adventure: why I don’t want to write about mental illness

Last week I sat down to write a piece for uni. It was a total open topic: any subject, fiction or non-fiction, as long as it had a narrative thread. Literally anything. I sat at my desk and I thought about everything I had the wits to think about. Dinosaurs, women with sharks for heads, the way a downy baby feels, being baked into a cake, hidden caverns that opened into the past. Anything that could remotely occur to me.

And after all of that, all the rollicking adventures I had in my head, I cracked my knuckles over my keyboard and I wrote this:

I was eight when I realised my hand was on backwards, standing in a car park with my friend Fleur, who was a violinist. ‘Isn’t it crazy,’ I said, ‘how you just think about moving your hand and then it moves?’ But it wasn’t strange to her. Being a violinist meant she was fully aware of how to use her hands.

I am tired of writing about sadness.

Not because sadness is not important. Having depression is a gaping, howling reality for so many people and the way we support it has just about created an epidemic. But when I wrote those words the other day and realised I had written the sadness in lieu of the adventure, I thought, that seems about right.

Because I have embraced sadness instead of adventure.

I don’t mean Adventure. Not capital-A Adventure. I mean adventure. Not jumping from an aeroplane or eating tarantulas or plummeting into a hole in the ice, but going out for dinner on a Tuesday night and reading poetry aloud to someone and cheering at the football. Not Adventure, but laughter.

Someone asked me what else I love to talk about. And the timing was perfect because I have been thinking about it constantly, but instead of being delighted by the idea of writing about things I like, I have been worrying about entering a manic episode. I have been so blue, so incapable of enjoyment, but when I sit down to do the thing I enjoy more than anything (well, less than sex and chocolate, but more than practically anything), I reinforce it. I enrolled in my uni course because I love to write, but when it came time to pen my very first writing assignment, I dropped immediately into an intense focus on sadness.

The story goes on:

Being an anxious child was not terrible. I was reflective and introspective. I thought deeply about everything (which was, as a child: television, space, cats, making cakes with my nanna, ten-pin bowling and the day my parents would inevitably be dead). The anxiety crept up and bowled me over from time to time, but all of my feelings were new then, so it was just another thing to learn about being a person (something I also thought about at length). I struggled, as all children do, to give labels to the things I was feeling, so I only knew the way my body felt: full of warm milk (‘happy’); like someone was pushing on my shoulders (‘sad’); exploding (‘anxious’).

And it’s good, you know. It’s true things about what it’s like to be in this brain, rattling around in these bones. But it’s not Adventure. It’s not even adventure. In fact, it’s the antithesis. In spending my time writing these reflections on how bad I felt as a child and how bad I feel now and how actually I am caught in this incredible vortex of Seriously Bad Feelings, I have not made way for any other feelings. I have consumed myself with sadness. I have come to understand myself only in the context of sadness.

I have given other people reason to know me only in this way. There are whole people I have met and had conversations with and even invited into my home and they don’t know what I love because I only tell them what I hate. I only tell them that I hate feeling bad and that I hate being anxious and that sometimes I want to kill myself. And I am not even three dimensions, just this line of a girl with a scribble of sadness at the end. No diversions. No undulations. No taking time to veer off the road to find an adventure.

I had only used a bong once before, the first time I’d ever smoked pot. My boyfriend had made it, as is tradition, from a juice bottle and a bit of hose he cut from my grandfather’s garden. We went to a quarry and he showed me how to smoke it and I felt nothing but boy was I cooler. After that, I went to Off Ya Tree and bought a little silver pipe with a strip of blue enamel, kept it in the back pocket of my jeans. We would stand on the balcony at the Adelaide Unibar and pass it around, go inside afterwards to eat chips and gravy from a porcelain bowl.

That was an adventure I had once. We went with the guy I loved and the guy I said I loved, and my little brother and this friend I had who smelled like she had a bit of cheese caught in her cunt. It was a warm night, and at the edge of the quarry was a firing range, so we looked for spent shells in the grass and then threw them at one another. My brother was 14 and he was paralytically high, and he humped my cheese-stink friend and we laughed and laughed, and we kept laughing until we threw up.

I love these memories. I have lots of them, times when I wasn’t sad. Times when I sat outside on the ferry and watched the Opera House skip by in the choppy water. Times when I caught the bus into town and wrapped my fingers inside my boyfriend’s hand while he bought comic books. Times I ate pizza from a silver platter and smoked cigarettes and watched the white gladness twist its way around the sky and laughed.

But I don’t write about them. They are buried under my layer of self-flagellation, of the constant need to analyse and reflect and WHY DO I FEEL THIS WAY when, of course, it’s completely obvious, because it’s all I think about. Everything I do exists only inside the glass box of my sadness.

I have a novel coming out. A novel I wrote with my own brain and punched away at for three years until it was everything I knew how to make it. I have wanted to do this since I knew how to put pen to paper, since before I wrote “The depression clawed at my bones and, for the first time, it fed my anxiety.” and instead wrote about horses that turned into koalas, and people with heads shaped like lovehearts and bees that looked for love in the open faces of pink geraniums. It is a good book. I should be proud of it. I should be overwhelmed with gladness, not only about the achievement of having finished it but about doing right by my childhood self. Not the self who was always sad but the self who dreamed large and who wanted to have Adventures. But I haven’t been doing that; I’ve been going to my psychologist and saying, “What do I do now that I don’t have a goal?” instead of taking a moment to reflect on my other selves. My many other selves.

So I’m not going to write about mental illness, for a while. I’m going to teach myself not to default to the cruel wisdoms of sadness and fear, but to look beyond this entrapment I have fostered and to take the open option instead. The dragon, the Victoria sponge, the man who hangs from his ankles in a circus tent. The spectacularly real, the peculiar, the great breaching adventure.