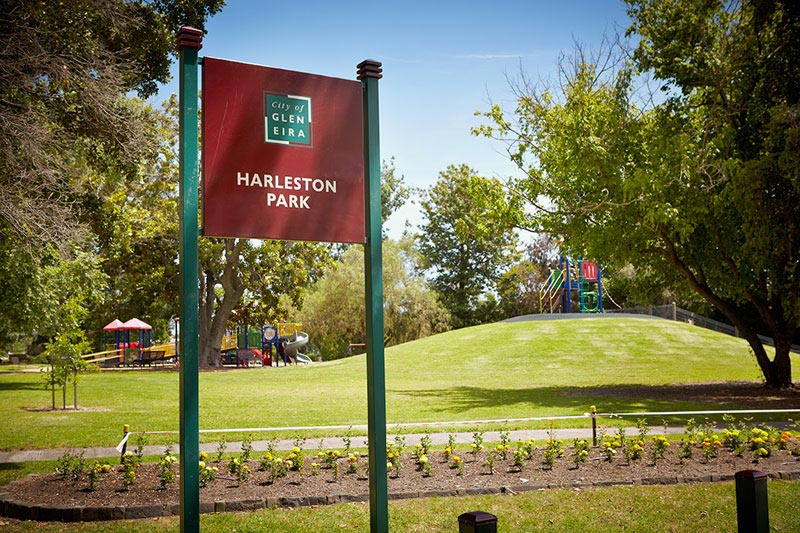 In 2001 I moved back to Melbourne from Adelaide and found a room to rent in a California bungalow in Elsternwick. I went to the interview in a tight shirt with the top buttons popped open, and the three men who lived there looked me up and down. “Do you do drugs?” they said, with their eyes narrow. I wasn’t sure which answer they wanted. “Yes?” I said, though “do drugs” was definitely hyperbole, but I was 19 and ready to be a real person.

It was a beautiful house, with its Elsternwick verandah and its Elsternwick peppercorn tree and its Elsternwick lead lighting. In the front yard I found a spot under a weeping branch and put myself into a wicker chair and wrote song lyrics (but never music). In the back yard I stretched out on the grass and looked at the sky and thought about what a very, very long time I had ahead of me in which to do everything.

My room was bright and a blow-up mattress on the floor made it “furnished”. I found a metal frame in hard rubbish, draped a few dresses on a single coat hanger. I didn’t have a lot of money, but I’d got a refund on some flights to England and that covered the bond and the first month’s rent. I was sure a job would materialise by the time the next month rocked around. I could type fast and I was pert and pretty and men liked to hire me to sit at their desks.

The mattress was hard. I lay on it and rolled cigarettes and watched the way the sunlight jumped at the cornices. Each day the three guys went to their city jobs and I sat on the couch and watched DVDs from their small collection. In the mornings, I sat under the wooden pergola and tried to blow smoke rings around vine fronds. I went on the internet and ordered Shrek, Empire Records, 10 Things I Hate About You, and they came from the US and I put them on the shelves because it was my house too.

The lease belonged to a guy who, at the time, seemed a million years old but I suppose was in his late-20s. Let’s call him Simon. He had a tattoo of the Gatecrasher lion, which I recognised because my previous boyfriend had forced me to listen to his late-night hard trance DJ sessions. That earned me some cred. Simon and I saw eye-to-eye on nothing at all, but he would stroke the back of my neck in the kitchen and sometimes he’d roll a joint and we’d sit at the Bunnings outdoor setting and talk about what a great dancer he was.

The second weekend I was there, Simon threw a party. I had a new dress, a blue mesh thing, and I paired it with silver Royals that glowed under UV light. We covered the floor in beanbags. The living room flickered with black lights and rental strobes. The month before I’d thrown the filthiest party I’d ever been to and I was smug, certain nothing could top the dozens of cones we’d packed into brass or the keg I’d been brewed by the love of my life. I’d passed out at 10pm, but had the foresight to remove one earring before collapsing on that side of my head.

In his room Simon had a silver jewellery box with stained glass edges and jewels on its lid. I gave him $20 and he gave me a pill with a Mitsubishi logo on it. I’d never seen one before. “Can it seep into my pores?” I said. I’d heard about that, with acid – the guy with the sheet of tabs under his shirt, trapped in a storm and psychotic forever. He laughed at me, at my naivety. The doorbell rang.

People poured in, plastic jewellery to their elbows and pants six sizes too big. They moved in ways I’d never seen, making patterns in talc and shifting air with their hands like belly dancers. I watched them and they ignored me. Someone strung a blue fishing net from the ceiling and the living room became an aquarium and they danced in it with their faces closed. In my bedroom, strangers faces caved in, needles still in their arms, and I met a boy with crystal eyes.

“Let’s go to the puddle room,” he said. “P.L.U.R.” He spoke a different language. I waited outside in my wicker chair for the sole friend I’d invited, dripping vodka into my throat. She’d come in 20-hole Doc Martens and lashings of black eyeliner and I thought of the people inside with their iridescent arm candy and my chest tightened. We put our pills under our tongues. The house moved under the throng of people. We sat beneath the clothesline with our backs pressed against the rendered wall and waited. Waited. Waited some more.

“These pills are shit,” she said.

I was embarrassed to come inside without being off my face, so we shared a skinny joint and rubbed our knees.

I found space on a beanbag, crushed between a square-jawed baby and the chap with the eyes. He was a private school boy and his dad was a doctor. He liked things and disliked other things, but he especially liked political activism and especially disliked not having his hand in my dress. I couldn’t remember what I liked or disliked. My friend kissed a girl in reflective pants and hi-vis braces. The room swan dived. Collided. The silver jewellery box threw rainbows on the ceiling.

It was election day. Someone drove to the local church and we stood in line with our gums shredded. Some of us voted for Kim Beazley. Some of us drew dicks on our ballots and showed them to each other and laughed. We fell out of the building and the sky was as blue as I’d ever seen it, and someone threw around some fire pois in the park and we sat between the roots of the Moreton Bay figs with our eyes closed.

For a week of days I left my mattress in the lounge room and wrapped myself around the crystalline boy. His skin was soft against mine, downy. We watched Empire Records with the subtitles on. He kissed me. My face was rubber. The Elsternwick house cupped us tight in its fist. In the afternoons we walked to the playground down the street, sat at the lip of the slide and smoked his poorly-rolled cigarettes and I wrote his voice to my memory.

At the end of the week Simon came in, stormy-faced, coming down. “Got your rent money?” he said. I’d been to an interview in the city, done a couple of nights of data entry at a factory in Brunswick. Bought a gram of weed, midnight McDonald’s, a ticket to Welcome 2002. The money was gone.

I couldn’t find a job. I spent my last $20 on a pouch of tobacco and sat in the driveway with my hands around it, listened to the sounds from the park. My suitcase was still open. The mattress wasn’t mine so I propped it up against the wall and found two dollars underneath, used it to buy a train ticket home to my parents.