Stephen Fry is not a mental illness ally – Anna Spargo-Ryan

Stephen Fry is not a mental illness ally 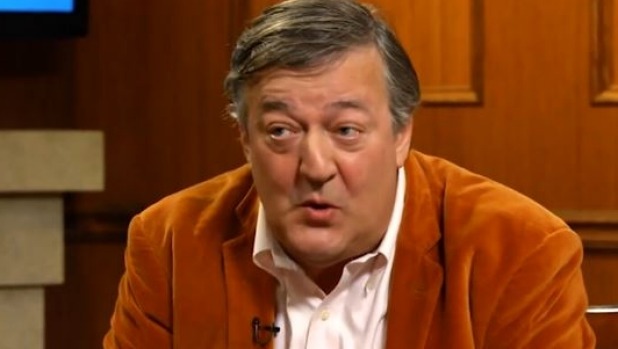 Stephen Fry is not a mental illness ally

People talk a lot about intersectionality in feminism at the moment (this is a good thing). Without trying to insult your intelligence, what that means is that the pursuit of women’s rights incorporates a multitude of issues that require awareness and understanding of overlaps with feminism and racism, ability, class, gender identity, sexuality and so on. There is wide criticism of women who purport to promote feminism as a concept, but do so with complete disregard to the many external factors that exist.

In a few weeks, you’ll be able to hear my interview on Just a Spoonful, with the excellent Kaitlyn Plyley. While admittedly we mostly talked about Norman and chocolate, we also touched on the internalised bias that exists within people who have mental illnesses.

Internalised bias happens when you’ve been socialised into believing something. For a lot of people, “mentally ill” comes with a pretty gross stereotype of insane asylums and people muttering to themselves on the street. Thankfully, we’ve moved on from this in a lot of ways, and mental illness has found more and more truthful representations in the media and in society. But we’re still living generations of people who were raised with this kind of attitude on the TV, in movies, in newspapers, spewing forth from our parents’ mouths. It is reasonable to expect that some of this bias has been retained.

The thing is, it exists inside people with mental illnesses, too. Kaitlyn and I talked about the fact that having a (pretty serious) mental illness myself doesn’t stop me from thinking, “Just get on with it!” when I see other people struggling with their own illnesses. What a dickhead, right? I expect people to understand when I can’t get out of bed, but I also think other people should just get out of bed. This is me engaging with my internalised bias. The part of me that thinks mental illnesses are laziness, because that’s what I was taught to believe.

This is pretty normal. I mean, I did first-year Sociology, so I know pretty much everything about what it means to be socialised in a privileged developed country run by twat Liberals. It’s normal to have conflicted ideas about what’s right and what isn’t. The problem is not that we have internalised biases, but that we don’t recognise them as such and therefore don’t work to understand why and how they can be unwound. We understand our own experiences, but we have to learn to extrapolate them to better understand the experiences of others. And what that means is that we run the risk of ignoring the intersectionality in mental illness.

One of these highly at-risk groups is trauma sufferers. Violence and sexual assault.

Stephen Fry, who has long spoken of his battles with bipolar disorder and other mental disorders, is one of these people. He has written beautifully about what it’s like to live with his specific mental illnesses. He has been a vocal (and loud) advocate for people with mental illnesses, on the surface. But his concern is with his own experience of mental illness. He is a supporter of White Men With Bipolar Disorder. He is not open to conversation, he is not apologetic for his problematic language, and he is not interested in the vast, diverse experiences of people with different kinds of disorders with different kinds of presentations.

Take, for example, the blog post he wrote when he quit Twitter. In the biz, this is called gas-lighting – making someone doubt their own behaviour for reasons of delusion or insanity. It was not his fault, he seemed to imply, that the people of Twitter are lunatics. It is not his fault that they are peculiar enough to believe their own convictions about what is right and what is wrong. In fact, the only way for him to escape the crazy people of Twitter was to quit all together. To do so is his prerogative. No one is entitled to an audience with someone. But to play into the mental insecurities of others, and to speak in this kind of derogatory and mentally abusive way, is a clear indication of the contempt with which Fry holds people whose mental illnesses don’t align with his own.

Today, this man, this very same man who has been so articulate in describing what it’s like to live with a brain that is also your enemy, said this:

“It’s a great shame and we’re all very sorry that your uncle touched you in that nasty place – you get some of my sympathy – but your self pity gets none of my sympathy.”

There are obvious and immediate reasons why this is abhorrent. The language is mocking in its tone. He is dismissive of the experience of being “touched [in your] nasty place”. But mostly, he is attempting to police the way people process and deal with trauma. Trauma that can be a contributor to mental illness, and that can have an effect on the likelihood of continued trauma in subsequent generations. Post Traumatic Stress Disorder is not “self-pity”. Depression and anxiety caused by sexual assault and violence is no less legitimate than Fry’s bipolar disorder. It doesn’t deserve less. The people who experience it don’t deserve less.

According to a study in 2009 by the NSPCC on young people aged between 13–18, a third of girls and 16% of boys have experienced sexual violence and that as many as 250,000 teenage girls are suffering from abuse at any one time [in the UK].
Source

Stephen Fry’s mental illness is not better or more important than theirs. In making this statement, he has dismissed and invalidated the experience of a vast number of people. Not quietly, on his Livejournal that no one reads, but with his big, loud, public voice.

Being a person with a mental illness doesn’t mean you can ignore the many contributing factors to mental illness. Being part of a marginalised group (in Fry’s case, a gay man) doesn’t exclude you from the consideration of these factors. He has failed to recognise the role of intersectionality in the advocacy of mental health. He sees his own mental illness, expresses the same kind of “self-pity” he so loathes in others (which is not self-pity, but just talking, just working through the many challenges of being a person with a mental illness, especially an acquired mental illness like PTSD). He doesn’t see the overlaps, where factors he considers to be part of some other problem — where “the word rape now is even considered a rape” — are furnishing a generation of potential ongoing mental health issues.

Having a mental illness doesn’t make Stephen Fry a mental illness ally. In speaking this way, he discredits the many millions of people who are currently living with a mental health concern that’s not White Men With Bipolar Disorder. He makes a mockery of the challenges of continuing to thrive post-trauma. He makes himself an enemy of the mental health advocate, sectioning off different kinds of suffering instead of using his profile to help the public to understand how they intersect.