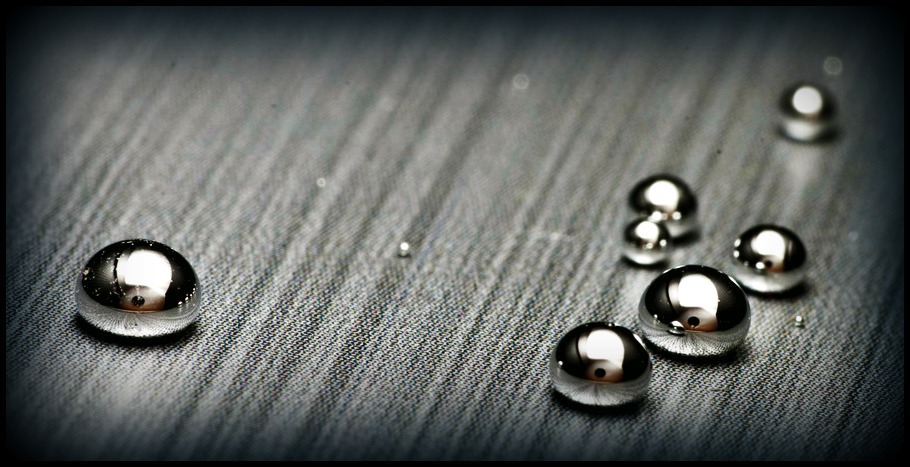 I was eight when I realised my hand was on backwards, standing in a car park with my friend Fleur, who was a violinist. ‘Isn’t it crazy,’ I said, ‘how you just think about moving your hand and then it moves?’ But it wasn’t strange to her. Being a violinist meant she was fully aware of how to use her hands.

My anxiety was so sparse then that it is possible to recall every distinct time I felt it: running down the hall at school because I had just figured out I could see (and how bonkers was that?); sprinting from my bedroom to my parents’ bed because my school shirt had given me an existential crisis; the groaning nightmares in which I was adrift on a steel beam, just moving from one empty space to the next while the world turned under me.

Being an anxious child was not terrible. I was reflective and introspective. I thought deeply about everything (which was, as a child: television, space, cats, making cakes with my nanna, ten-pin bowling and the day my parents would inevitably be dead). The anxiety crept up and bowled me over from time to time, but all of my feelings were new then, so it was just another thing to learn about being a person (something I also thought about at length). I struggled, as all children do, to give labels to the things I was feeling, so I only knew the way my body felt: full of warm milk (‘happy’); like someone was pushing on my shoulders (‘sad’); exploding (‘anxious’).

I assumed that everyone felt the way I did. Certainly my parents told me that. I would sit down with my mother and tell her about the way the walls caved in and she would say, ‘Yes, I felt just like that at your age.’ and I believed her.

(Maybe she did. Who could ever say?)

And it’s harder still to know whether it was encouraged by her nervous parenting. As a nearly-teenager I begged to be allowed to catch the bus to school but was told there would be robbers, kidnappers, rapists. I believed that, too. I let her drive me to school every morning, watched my friends get off the bus and thought, It’s lucky they made it another day without being kidnapped by rapists.

By the time I reached tweenhood, the anxiety had mostly eased. Unfortunately, it had been replaced by it’s often co-morbid pal Depression. And I found depression very hard work indeed.

It was much easier to identify. Depression was obvious because everything in my life was good. I just couldn’t get up in the mornings.

My mother called this “being at a loose end”. It frustrated her. She told me to find something to do, or to call a friend, or to read a book. Back then, I didn’t know that I couldn’t. I was still lingering in the how I felt, a long way from the why I felt it. So I just … didn’t. It wasn’t conscious – I didn’t explain to my mother that my spirit had vanished – but my body would not perform the functions.

On a wet school day, I told my parents I didn’t feel well. They didn’t believe me, and the truth was that I wasn’t sick. Not in any way I’d been given permission to feel sick, not with a stomachache or a cold or cramps. I had got up on that day and not been able to find a single reason to push through to the next minute. I looked out at the rain and I knew in the very engine of me that I could not go out in it.

I could have. Easily. I’ve been opening doors since I was a small child. But that was the first day I experienced this other kind of door. Invisible. Impenetrable. I stood on the inside of that spectacular force field and I could not. I pulled a mattress in front of the TV and stayed in bed for the entire day, listening to the rain, and at some point someone brought me soup but I can’t imagine who it would have been because my parents had both gone to work.

His brother had shot himself. In the mouth, he told us.

I lost twenty kilos that year. Sat on my bed and couldn’t make my body go to the dinner table, and so I faded into the carpet.

The day I decided to talk to someone was perfect. It was spring. Not just spring, but Adelaide spring. Broad and blue and clear. I walked across my school’s netball courts in that gleaming sunshine and there was nothing in my body. A husk. Not even a husk, but a hypothetical husk. What a husk would have been, if it had the energy to be something.

My school had a chaplain who doubled as a counsellor. He had his own cottage, at the end of the row, with a little garden out the front and roses. I sat in his room that day and he said, “How can I help?” and I said, “Sometimes I want to die.”

We just sat there for a while. He looked at me so earnestly, as though waiting for me to unsay it. I was joking, it was a dare. He seemed struck by the realisation that he would have to tell somebody. It was lunchtime and little kids were playing underneath the window and I had told a virtual stranger that I wanted to die. I wasn’t even sure it was true.

‘Not die, I guess.’ The words were so hard to find. I didn’t want to die, I just wanted to not exist. Completely different.

(It became true, later. The dying part. But we will get to that.)

There was a moment after I was first diagnosed when I was relieved. That in understanding why my brain behaved the way it did (badly), it would be curable. I’d been living in a pit, in a staircase, in an attic. My head was everywhere and my thoughts were cloudy and illogical but in that moment of clarity I thought, “That makes sense.”

The cure for my illness seemed inevitable, then. That’s what happens when you’re diagnosed with something – the doctor says to you, this is your illness, and then the doctor says, here is how we fix you. I waited for it. I waited in a blue chair and listened to the road noise and watched the doctor roll his thoughts around on his tongue.

“You’re sixteen,” he said, finally. “You can get your own Medicare card.”

With his bony fingers he wrote a phone number on a Post-It.

“Nobody has to know.”

I went home to the couch and sat, for the first time, with relief and burden together.

Anxiety and depression finally — inevitably — collided once highschool was over and the world loomed.

It had been a hard year. At the beginning of Year 12 we’d moved from Adelaide to Melbourne, leaving behind everyone I’d ever known. I found a new boyfriend, pretty on the outside but cruel as hell. The depression clawed at my bones and, for the first time, it fed my anxiety. One morning I was with a friend, eating breakfast in her bedroom, and she suggested we go out. Catch the tram into the city.

I couldn’t get through her front door. We stood there together and I tried to explain it, that I couldn’t bear people’s eyes on me. I told her that my boyfriend had tried to strangle me in a churchyard. I told her how he’d asked me to meet him at McDonald’s but when I got there he had his tongue in another girl’s mouth.

And then I couldn’t get on the tram, but I didn’t realise the two things were related.

The next year, I had a psychosis. And then I had another psychosis.

It was a November night. I’d moved into my first share house, just me and three guys who on reflection were quite a bit older than me but So Cool. They had parties all the time and then got up to go to work the next day, and more friends than I’d ever seen in one place. A particular group of people came around a lot. They were my age, and the guys I lived with took them under their wings as proteges. Party proteges. There was a plastic table under the back verandah and we spent the nights out there, batting mosquitoes and smoking bongs.

I had only used a bong once before, the first time I’d ever smoked pot. My boyfriend had made it, as is tradition, from a juice bottle and a bit of hose he cut from my grandfather’s garden. We went to a quarry and he showed me how to smoke it and I felt nothing but boy was I cooler. After that, I went to Off Ya Tree and bought a little silver pipe with a strip of blue enamel, kept it in the back pocket of my jeans. We would stand on the balcony at the Adelaide Unibar and pass it around, go inside afterwards to eat chips and gravy from a porcelain bowl.

The second time I smoked a bong —

In one breath I was ripping this bong and in the next, I was outside of my body. I called an ambulance, but one of the guys called them back to cancel it. I was sure I heard it anyway, lying in my housemate’s bed with my forehead pressed against his, melting into his face, melting into the floor, listening to the jazz flautist that had appeared by the door. Trying to trap the pieces of my brain as they dripped from my fingertips.

I thought about it again today. About driving my car into the ocean.

Author’s note: thank you to everyone who’s asked if I’m okay. I am okay! This is a reflective piece rather than a thought I’m having about driving into the ocean right now. I really appreciate you checking in.