10 things I make a big effort to remember 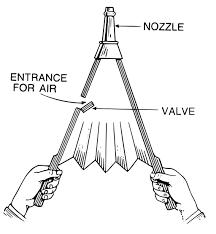 10 things I make a big effort to remember

He laughed like a child on a swing. Not like the laughter of the child on the swing, but like the child moving on the swing. In and out. His laugh was like a bellows being squeezed, but if the bellows had a young man attached to it and the young man’s air was all being pushed out. He always laughed before he saw you, like he knew he was about to see you and the thought delighted him so much that he had to laugh. His laugh came around corners and up staircases and through doorways. When great things happened, his whole body rocked with it; when bad things happened, it limped out and fell dull on the table.

2. The way my daughter felt when she was just born

Like her skin had never touched the air before, except for seconds earlier when a snail had crawled over every part of it.

4oz sugar, 4oz butter, 3 eggs, 8oz flour, 1tsp vanilla, 1/2 cup milk. You have to yell the whole time you’re making it, even if no one is getting in the way, because that’s how you cram your love into the batter. After the cake cools, add too much boiling water to icing sugar, then spend ten minutes putting in more icing sugar until you have a large icing brick, then put everything in the bin.

4. The way a heartbeat sounds through an ultrasound machine

5. A time I fell over after art class and had to go to a birthday party anyway

I don’t know why I make an effort to remember this, except that when it happened I decided I would make an effort to remember it. I was running full pelt along the gravel path next to the creek, and, as I am inclined to do, came a cropper over nothing and filled my hands and knees with tiny stones. The art class instructor wiped Dettol on my grazes and wrapped gauze around them, which stuck to the blood and left me with bandage feathers like palm trees in beds of flesh and gore. My knees hurt so much I could hardly walk, but I had to go to Prue’s birthday party anyway because we had already bought her present, and mum said I would have to give it to her on Monday either way, so I may as well get a party bag.

6. The way no heartbeat sounds through an ultrasound machine

7. The time someone shot a silver bullet through our dining room window

The police came to our front door one morning. I suspect the police had never been to our front door before that morning, so when I opened it and saw them there, it was quite a surprise. I was even more surprised when they said, “Have you seen any bullets?” We told them that no, we hadn’t seen any bullets, but the next day I was lying on the floor in our dining room, following the afternoon sun around, and I found a silver bullet on the carpet, and a small, neat hole in the window above it. I didn’t know how to get back in touch with the police so I just kept it. Later, I read in the Neighbourhood Watch newsletter that the kids in the house behind us had been shooting them at other houses with a slingshot.

One foot after the other. Your face looks weird right now but no one cares.

9. The only time my auntie ever hugged me

Someone called in the middle of the night. I can’t think now who it might have been, because when we got to the hospital, everyone was crying. It was a private room with a window, and when I looked out I could see where we had parked our car, under the plane trees in the dark. My nan’s face was puffy and her chin hairs had been left to grow long and soft, and she called for my dad so he sat beside her and stroked her hand, and I watched all the blue veins swell while her heart was filling. Everyone was there – in the hospital room in the middle of the night, listening to the beat of one machine and another machine, and occasionally availing themselves of the metal en suite toilet – including my dad’s sister, whose husband had sometimes served me at the butcher down the road. We all looked at nan and her blue hands and her polyester hair, and my auntie was overcome by her emotions, and she pulled me into a very tight hug and the only thing I knew was that I wished she would stop.

Calm but urgent, as though he must fit in every beautiful detail into his one and only life.